Message from the Director Learn more

Dr. JoAnn Kuchera-Morin, chief designer of the facility, composer, and media artist with over thirty filve years of experience in media systems engineering, outlines the vision for our research.

Welcome SIGGRAPH 2020 Community. All Packages and Media are available.

Etherial: A Quantum Composition & Installation featured at ISEA, Gwangju, Republic of Korea. Also can be viewed at the California NanoSystems Institute's AlloPortal and AlloSphere.

A repository of publications in the Media Arts & Sciences. Please contact Dr. Kuchera-Morin for more information.

The AlloSphere Research Group Our Team

The AlloSphere Research Group is open to collaboration and tours.

Creation and Implementation of an Immersive Media Theater Space

The AlloSphere partners with MOXI

The AlloSphere as part of its outreach initiatives, is partnering with MOXI (The Wolf Museum of Exploration and Innovation). This partnership will involve the design and setup of an Immersive Media Theater showcasing JoAnn Kuchera-Morin's, Lance Puntnam's and Luca Peliti's interactive exploration of the electron wave functions in a hydrogen-like atom.   More info

On May 29th the Media Arts & Technology program will host its annual End of Year Show. The show will prominently feature works from members of the AlloSphere Research Group and tours of the AlloSphere will also be given on a first-come, first-serve basis. 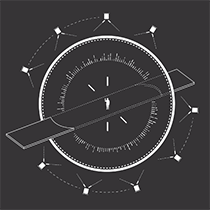 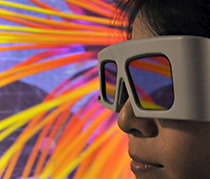 The AlloSphere, DP High School and the Mosher Foundation partner for STEAM education

This new partnership between the academy, MAT and UCSB’s AlloSphere Research Facility is providing the high schoolers with hands-on mentorship and re-envisioning education in science and engineering.   More info 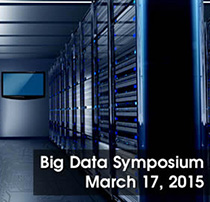 Dr. JoAnn Kuchera-Morin presents the Keynote address at the Big Data Symposium hosted by the UTSA College of Business.

On June 6th the Media Arts & Technology program will host its annual End of Year Show. The show will prominently feature works from members of the AlloSphere Research Group and tours of the AlloSphere will also be given on a first-come, first-serve basis.

Dr. Kuchera-Morin was part of a keynote panel discussion on the theme of Innovation & Formats, as part of the 2014 International Symposium on Immersive Creativity, held in Montreal, Canada. 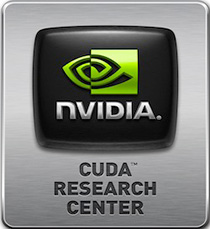 Under a proposal by Dr.JoAnn Kuchera-Morin, UCSB was accepted as a CUDA research center. Becoming a NVIDIA CUDA Research Center provides a variety of benefits to the campus, and ensures early access for AlloSphere researchers to cutting-edge NVIDIA hardware and software for parallel computing.

Dr. Kuchera-Morin was a featured speaker on the potential for large scale, immersive visualizations and sonifications to drive data discovery. 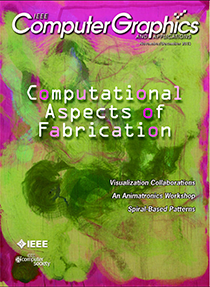 The first, spearheaded by former ARG researcher Dr. Graham Wakefield, is titled Spatial Interaction in a Multi-User Immersive Instrument and appeared in the November / December issue of Computer Graphics & Applications. The second, with first author Dr. JoAnn Kuchera-Morin, is titled Immersive, Full-Surround, Multi-User System Design, and appears in the May issue of Computers & Graphics.

UCSB press release on the ARG

A news release by UCSB's Office of Public Affairs and Communications titled "Hybrid Researchers Are Working at the Intersection of Art and Science", describes the hybrid research being done in the AlloSphere made possible by a grant by the Robert W. Deutsch Foundation.